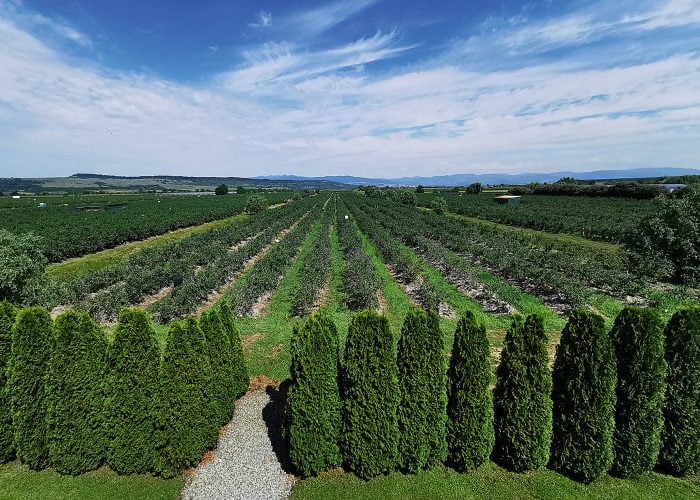 The highbush blueberry is one of the world’s fastest growing markets of fresh fruit. Marketing around these berries is – due to their health-promoting properties – very advantageous, which generates growing per capita consumption. Europe is the second largest importer of this fruit in the world, just behind the United States, so blueberries are grown by more and more Euro-pean countries, Romania as one of them.

Many Romanian growers have already grown blueberries on more than 200 ha of land. They also continue to invest in new plantations and technologies, such as anti-hail and irrigation systems. These investments are facilitated by 50% allowances of the investment value and government or EU subsidies. The success in this production encourages other growers to grow highbush blueberries. The blueberry harvest in Romania starts at the beginning of June, which is earlier than in Poland, Ger-many and other central European countries, and the season comes to an end in September. Relatively low labour costs give Romanian producers a competitive advantage over their western neighbours. This has to be put in the context of one of the major challenges the growers face, which is the lack of seasonal labour. 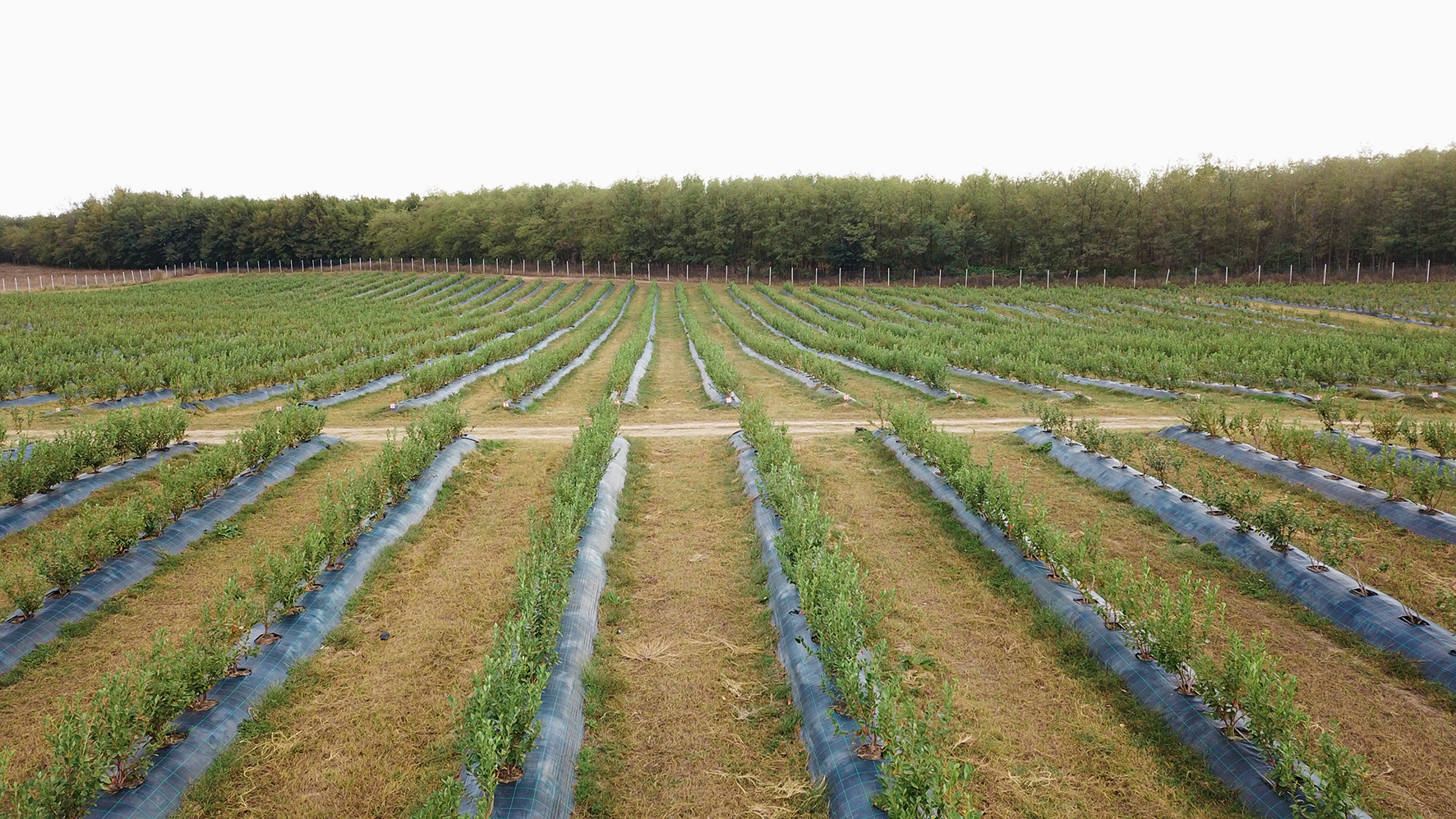 The highbush blueberry has been grown on a commercial scale for 10 years in Romania. Vital Berry, founded in 2006, is an example of a large, modern company producing blueberries. The highbush blueberry was grown on 6 ha at that time, with the dominating ‘Duke’ variety. Over the years, this area has been increased to 75 ha, as there are plans for further plantings to obtain up to 100 ha. In addition to ‘Duke’, the grown varieties include ‘Bluecrop’, ‘Blue Gold’, ‘Toro’, ‘Nui’, ‘Nelson’ and ‘Legacy’. Harvest on these plantations begins around 20 June and lasts until the beginning of September. This producer currently has an annual yield of 380-400 tonnes of blueberry fruit, but forecasts indicate that the production could increase to 1,000 tonnes in 3 years. The berries are packaged in 125, 250 and 500 g containers, and since 2014 they have been sold to retailers in the Kaufland and Lidl chains across the country. Exports to Hungary, Austria, Germany, the Netherlands, Italy and the UK are among other important destinations.
To meet the demand of Western European countries, the company had to invest in packaging equipment. “When select-ing a full technology and equipment assembly package, we took the offer of Milbor PMC, a Polish company that not only provides proven machines but also has a good international service”, says Robert Kunz from Vital Berry. The purchase in-cluded a 12-scale Weigh&fill machine with inverter. This high performance machine can prepare about 140-150 125 g pack-ages in one minute or over 2 t of fruit in 0.5 kg buckets per hour. 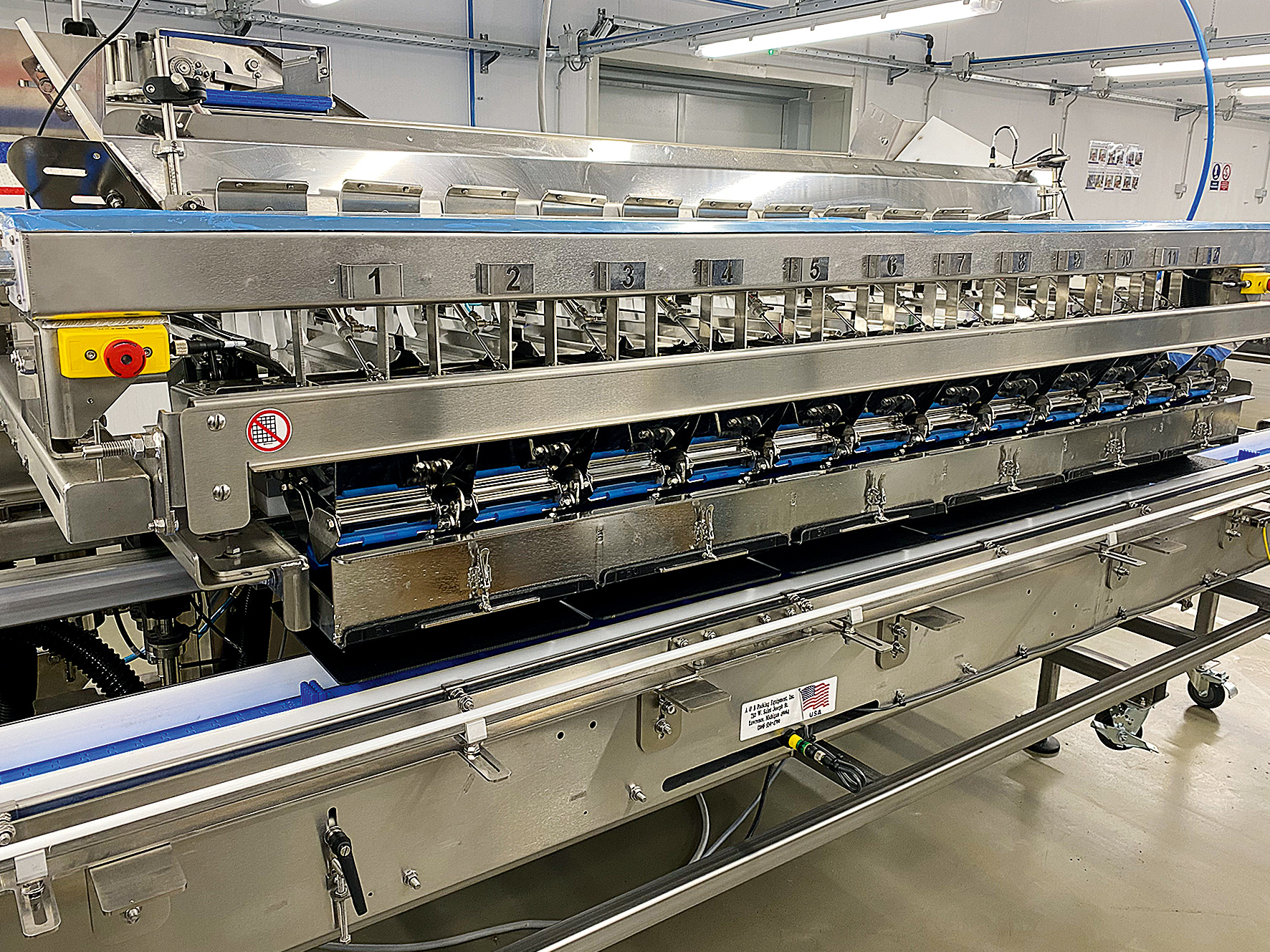 Observing a growing demand for blueberries, even large Romanian companies operating on their own, will find it increasingly difficult to provide sufficient fruit volumes to western European countries. For this reason, Romanian growers have started to form groups, which will allow them to offer larger volumes of the same goods.

For the intensively growing blueberry production in Romania, it is becoming important to buy equipment to improve the process of preparing the fruit for exports.

Fruitopia is an example of a producer group already operating in Romania, founded in 2018. It is the first and currently the largest group of Romanian blueberry growers, and the member companies include: TwoBerries (a plantation owned by Ardelean Romina Cristina II), Sunny Berry by Ancafina SRL, Everex PRO SRL, Tudose Crina Monalisa II, Ideal Biofruits SRL and Afina Dulce SRL, where blueberries are grown on a total of 50 ha and current yields from these plantations total around 260 tonnes of fruit. Two of them, Ideal Biofruits SRL and Afina Dulce SRL, are newly established plantations, and their fruit will only be marketed over the next three years. As a result, the group’s estimated total production is set to rise in the near fu-ture by 60 tonnes of fruit obtained from the new 20 ha of crops. Overall, the predicted production volumes in this group could even treble by 2023. The varieties grown in the Fruitopia member plantations are ‘Duke’ (main), ‘Elliott’, ‘Bluecrop’ and ‘Aurora’. Fruit is packed in 125, 250 and 1 kg containers or in bulk 3 kg cardboard boxes.

Owing to the collaboration with blueberry growers in different regions of Romania, Fruitopia is able to harvest for 120 days and thus extend the supply of its fruit product. Harvest begins in early June and lasts until mid-September. As a result, the group can supply multiple markets at different times. The harvest in Romania takes place partly between the seasons in Spain, Poland and Germany, so the company can fill in the supply shortage gaps. Fruitopia exports 65% of its total produc-tion to the European Union, while the rest of the fruit goes to the local market.

Some drawbacks, due to the lack of production plant that would enable rapid and proper preparation of fruit for sale, with fast changing demand and increasing production volume, have forced Fruitopia Group to purchase machines designed for the proper packing of fruit. “We were offered such a solution by Milbor PMC. It consists of a complete sorting and pack-ing line, which can prepare from 500 to 1,500 kg of fruit per hour. The sorting line is composed of small fruit eliminators and soft sorters, which sort out undersized or damaged and soft fruit, respectively”, reports Andreea Sava from Fruitopia. The packaging line consists of a 6-scale Weigh&fill machine, which fills blueberries in packages of different sizes. The top and bottom labelling system is used to affix stickers directly on the containers, reducing the number of workers in fruit packing. Investments in packing machines helped to make up for the labour shortage “gap” and contributed to the improved fruit quality. According to the representatives of the Fruitopia group, working with a partner company that offers all-round fruit preparation solutions has many advantages. The configuration of the machines is optimised for higher overall performance, and in the event of failures, the causes are easily found and problems quickly rectified.

Bearing in mind that the blueberry production growth in Romania is rapid and steady, we can expect that fruit grading and packing machines are to become an integral part of any production company.

The article was published in the journal “Jagodnik” no 7/2020 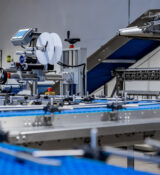 Growing soft fruits presents many challenges. Packers and growers who decide to start or expand production must bear in mind several important aspects. Constantly changing weather conditions, fungal diseases and pests, or lack of workers are key issues they have to face.

The blueberry market in Europe is one of the fastest growing in the fruit and vegetable segment.

Our website uses cookies to provide you with the best possible service. Some of them are used for the correct functioning of the website, others help us to target our audience more accurately with our products. You can find out more about the types and purposes of cookies by reading our Cookie Policy and making a choice according to your expectations. You can find information about cookies in the Privacy Policy. Remember that you can revoke or adjust your choice at any time.
Cookie settingsAccept All
Manage consent

This website uses cookies to improve your experience when navigating the site. Of these, cookies that are classified as essential are stored in your browser because they are necessary for the basic functionality of the site. We also use third party cookies to help us analyse and understand how you use the site. These cookies will only be stored in your browser with your consent. You also have the option to opt out of these cookies. However, opting out of some of these cookies may affect your browsing experience.
Functional
Functional cookies help to perform certain functionalities like sharing the content of the website on social media platforms, collect feedbacks, and other third-party features.
Perfomence
Performance cookies are used to understand and analyze the key performance indexes of the website which helps in delivering a better user experience for the visitors.
Analytics
Analytical cookies are used to understand how visitors interact with the website. These cookies help provide information on metrics the number of visitors, bounce rate, traffic source, etc.
Advertisement
Advertisement cookies are used to provide visitors with relevant ads and marketing campaigns. These cookies track visitors across websites and collect information to provide customized ads.
Others
Other uncategorized cookies are those that are being analyzed and have not been classified into a category as yet.
Necessary
Necessary cookies are absolutely essential for the website to function properly. These cookies ensure basic functionalities and security features of the website, anonymously.
SAVE & ACCEPT